Anyone who is interested in gold-related stocks might have noticed that the Gold Royalty Corp (NYSEAMERICAN:GROY) stock had made a strong move on Thursday and ended up with gains of as much as 6%. There was no news about the company yesterday but earlier on in the week on Monday, Gold Royalty came up with an update with regards to certain asset advancements. Trading Data On Thursday, GROY stock moved…

Innovative GPS industry firm NextNav (NASDAQ:NN) was in the news on Thursday after it made a key announcement but it did not lead to any boost for its stock, which ended the day with a decline of as much as 6%. Trading Data On Thursday, NN stock fell 5.52% to $4.03 with 11.13 million shares, compared to its average volume of 328K shares. The stock moved within a range of…

The beverage sector has managed to generate considerable attention from investors in recent times but on Wednesday the Koios Beverage Corp (OTCMKTS:FITSF) stock suffered from a selloff and went down by as much as 9%. Trading Data On Wednesday, FITSF stock moved down 8.70% to $0.1826 with more than 697K shares, compared to its average volume of 175K shares. The stock moved within a range of $0.1810 – 0.2150 after…

ZA Group Inc (OTCMKTS:ZAAG), which is involved in the acquisitions from among the emerging industries, had been one of the companies that had come into sharp focus yesterday and its stock ended the day with gains of as much as 33%. Trading Data On Wednesday, ZAAG stock surged 33.33% to $0.0004 with 163.67 million shares, compared to its average volume of 108.14 million shares. The stock moved within a range…

Being up to date about the various news items with regard to the stock market is perhaps the most important thing for any investors who wish to have a degree of success. The internet has made it possible for all retail investors to be completely attuned to the latest happening in the market. However, there are plenty of stocks to look into, and taking all the news may be a…

Yesterday, Retractable Technologies Inc (NYSEAMERICAN:RVP) was in the news after it announced its financial results for the first fiscal quarter of 2022. However, the performance did not seem to have impressed investors as the stock went into a downward spiral and ended up with a decline of as much as 5%. Trading Data On Tuesday, RVP stock moved down 5.25% to $3.79 with more than 212K shares, compared to its…

The beverage sector remains one of keen interest for many investors at this point and one of the stocks from the sector that you could consider following today is that Kona Gold Beverage Inc (OTCMKTS:KGKG). Trading Data On Tuesday, KGKG stock gained 8.33% to $0.0130 with more than 23.57 million shares, compared to its average volume of 43.47 million shares. The stock moved within a range of $0.0115 – 0.0134…

As the world tries to move towards a more sustainable future, it is not only renewable energy that is going to play a major role in that transformation. There are many other factors that are going to be responsible if that transition does eventually happen. One of the possible pillars of that transformed world is going to be the circular economy, which seeks to keep waste to a minimum. There… 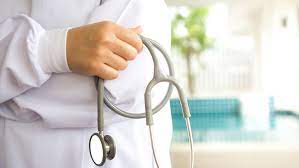 In recent years there have been a large number of sectors that have come up and managed to attract a lot of investors. One of those sectors is the medical wellness sector, which has managed to chart remarkable growth over the course of the past few years, and now it remains one of the sectors that investors often look into regularly. However, it’s a large sector now and has plenty… 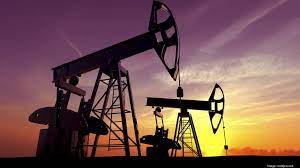 There were a number of companies that had seen their stocks make strong moves on Monday and start the week strongly. One of those companies was Houston Natural Resources Corp (OTC:HNRC), which saw its stock attract considerable interest and end the day with gains of as much as 23%. In light of the gains made by the stock, it may be a good idea for investors to consider looking into…